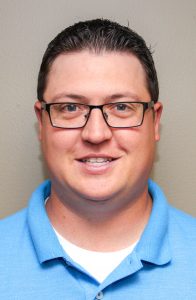 Green Bay, Wis. – Joseph Heffron, a five-year professional in flooring estimation, has joined H.J. Martin and Son as an Estimator.  In that role he will work with the commercial interiors and residential flooring divisions, with his main responsibilities being estimation off of architectural plans and specs to arrive at competitive and accurate material quantities, along with communication with general contractors.

UPDATE: In late November of 2018, Joseph transitioned to the role of Project Estimator within the company’s national installation division, which serves retailers across the U.S. He now provides project estimates for a nationwide chain of drugstores.

Heffron previously was a commercial flooring estimator for Flooring Resources Corporation in Elk Grove Village, Ill., since October 2013.  At FRC, he reviewed plans, documents and specs to generate accurate quantities and materials, along with creating shop drawings and managing change orders.

He began his career in the construction industry as a general laborer with Halford Construction in Plainfield, Ill., participating in both commercial and residential projects.  Heffron also has worked in manufacturing as an assembly and test specialist for Caterpillar in Joliet, Ill.

Heffron received a bachelor’s degree in construction management from Northern Michigan University in 2010.