Members of the H.J. Martin and Son team were on hand at the 2016 AGC BUILD Wisconsin Awards Ceremony to accept a pair of awards won by the company. Presented by the Associated General Contractors (AGC) of Wisconsin, the honors were presented Oct. 13 at SentryWorld in Stevens Point, Wis.

This marked the 18th and 19th AGC awards received by H.J. Martin and Son since the inception of the honor in 2003.  It continued a streak of nine consecutive times (also 2007-14) that the company has been recognized by the AGC of Wisconsin (the awards were not given out in 2015).

The awards were for the following categories and projects: 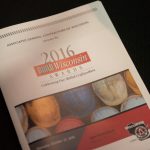 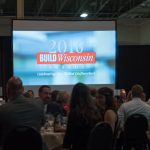 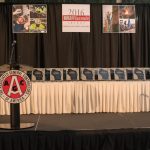 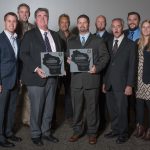 The H.J. Martin and Son team poses with the company’s two AGC of Wisconsin awards 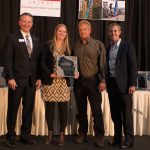 At the AGC dinner, guests were treated to a pair of videos highlighting the award-winning projects of H.J. Martin and Son.

To learn additional details about each of the two projects, click HERE.