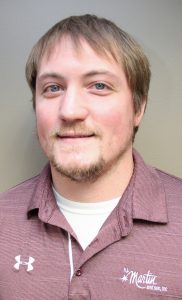 Former field-based employees now will work out of company headquarters

Green Bay, Wis. – Two field-based employees of H.J. Martin and Son have been promoted to positions within the company’s headquarters. Brice Triphan has transitioned into a Project Coordinator role, while Matt Kaczmarek moves into his new assignment as Assistant Project Manager/Estimator.

Triphan now works as a Project Coordinator within the National Retail Solutions division of H.J. Martin and Son. In his new position, he will assist Project Manager Bret Woodland in expertly serving the company’s retail clients across the country.

Triphan served as a foreman with Building Installation Group for the past five years after prior experience as a ceiling installer. 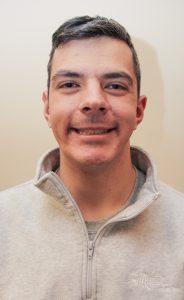 Kaczmarek has become an Assistant Project Manager/Estimator within the Walls & Ceilings division of H.J. Martin and Son. In his new role, he will estimate and manage projects in conjunction with project managers Graig Boyle and Tim Boland.

A 2016 graduate of Pulaski (Wis.) High School, Kaczmarek first joined H.J. Martin and Son as an apprentice in May 2017 after one year in the carpentry program at Northeast Wisconsin Technical College. He subsequently earned an associate’s degree in construction management from NTWC.

Kaczmarek also has two-and-a-half years of work experience in a general merchandise freight role with Shopko.