Cornette named as “Icon of Construction” 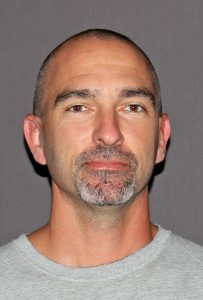 Dave Cornette, a commercial flooring installer for H.J. Martin and Son, has been named as an “Icon of Construction” by The Daily Reporter, a publication covering the Wisconsin construction industry on a statewide basis.

The Daily Reporter will honor the seven “Icons of Construction” chosen from Wisconsin on March 14 at The Garage at Harley Davidson in Milwaukee.

This year is the first time that the “Icons of Construction” award has been presented. Selection of the award’s seven winners was based on positive impact on the community, more than 15 years in the construction industry, contributions to standout projects throughout Wisconsin, helping to shape the industry, and mentorship of the leaders of tomorrow.

Cornette is one of the anonymous members of virtually every construction project: the flooring installers. They are expected to parachute in near the end of the job and perform their work flawlessly, while often overcoming a compressed time schedule due to earlier deadlines being missed.

Cornette has spent almost half of his adult life capably completing installations with little or no fanfare, all while selflessly donating his time and skills within the community when he’s away from work.

A 16-year employee of H.J. Martin and Son, Cornette has a very specific reason for why he loves his work. “It’s fun to watch a project from start to finish,” he shares. “The more you understand what goes in, the more you appreciate it in the end.

“During construction, especially larger projects, we get to see almost every aspect of the construction process: planning, implementing, all the other trades, customer interactions, technology changes, etc. There is so much that goes into a project, and we can learn from the other processes to help ourselves.

“Every time we go to another project,” Cornette continues, “there most likely will be new things happening – some good, some not good – but always something we can learn from.”

Cornette has participated on a number of significant projects, both in his local area and throughout the state of Wisconsin. One memorable job came very early in his career, original construction of Aurora BayCare Medical Center on the east side of Green Bay, a $95-million, 355,000-square-foot structure.

As a third-year apprentice for the since-closed Cameo Floors & Ceilings of Green Bay, Cornette was charged with running the company’s portion of the job – a very atypical assignment for someone so young. He managed a crew that ranged from three to 12 individuals over the course of the project. His work included training and mentoring a handful of new employees.

Cornette subsequently took on a similar role for a project at Mercy Medical Center in Oshkosh, Wis., also on behalf of Cameo.

Another large-scale project, within the past decade, that he participated in was the new Uline corporate headquarters building – known as “The Lodge” for its appearance – and warehouse in Pleasant Prairie, Wis. At more than 1 million square feet, the structure, which consolidated operations into one location, sits on a 200-acre campus.

On the Uline project, Cornette specifically recalls the laborious process just to be able to install the flooring. First, he and his co-workers had to grind the floors to level them out. Next, they used a Terrazo grinder and a new scarifier-type grinder to grind down the concrete as much as possible.

A significant amount of self-leveling material then was utilized in certain areas, blending heights as well as possible, before the ensuing carpet installation.

Because of the scale of the Uline project, Cornette was tasked with adding and managing local help. He also coordinated on site with the finish carpenters to ensure that the crews successfully could work alongside one another.

Cornette also appreciates the many smaller projects he has had the opportunity to work on. He cites the need for more diversified skills, longer or varied hours, and enhanced flexibility as the reasons he enjoys those types of jobs.

As big as some of Cornette’s work projects have been over two-plus decades in construction, he also has greatly impacted the community through the donation of both his time and skills.

Through Carpenters Union Local No. 1146, Cornette has been actively involved with Rebuilding Together Fox Valley in Menasha, Wis. In one instance, he installed flooring as part of required home updates to prevent a woman’s house from being condemned.

Cornette also works extensively with Happily Ever After Animal Sanctuary, a no-kill shelter for surrendered and homeless animals, located in Green Bay, Wis. He has gone there every Tuesday for the past five years to help take care of the shelter’s cat population. Cornette utilizes his skills to do building work for the organization, including the creation of a dog shower with tile donated by H.J. Martin and Son. He personally donated the shower’s waterproofing and other related materials.

Additional community impact made by Cornette includes service on the young professionals board of Greater Green Bay Habitat for Humanity. In another charitable effort, he and his immediate family collectively donate money to local non-profits, with the organization being selected anonymously by a family member.

Throughout his more than 21 years in construction, Cornette has seen numerous changes. Among the most prominent, he says, is how much more rushed jobs are today. That, along with the level of detailed work and very difficult schedules, make almost all jobs more challenging than ever before, according to Cornette.

Cornette operates around a resilient personal philosophy that serves he and H.J. Martin and Son well. “I try to do the best I can all the time and get done in a timely manner,” Cornette says. “I also try to work with everyone around me to keep people happy.”

As Cornette heads into the second half of his career in construction, he already knows how one day he would like to be remembered. “I did good work, I was good to work with, I did my fair share, and I didn’t always give someone else the undesirable work,” he says.

Cornette was excited to even be considered for the “Icons of Construction” Award. “Thank you seriously for considering me for this recognition,” he shared with company leadership. “I really do think it’s pretty cool to be thought of like this!”

It was nice to know that The Daily Reporter thought as highly of Cornette as those at H.J. Martin and Son do.