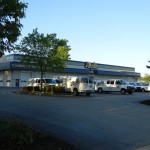 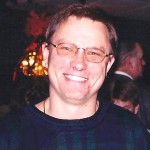 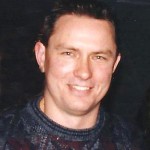 GREEN BAY, Wis. – On Jeff Domke’s first day of work in 1976, he never would have imagined his career would keep him at one of Green Bay’s best places to work for more than 36 years.

“Jeff represents the employees at H.J. Martin and Son,” says Owner Edward Martin. “He is hard working, responsible and always focused on doing the best job possible, which is indicative of how we serve our customers. His can-do attitude is infectious.”

Domke’s three-decade tenure at the company took him through many departments. He started as a glass cutter and eventually moved into the commercial flooring division, where he is ending his tenure as a senior project installation manager.

“Jeff is one of a kind. You don’t see many guys with the drive and energy he has. He throws all in – he shows up early, and he’s extremely focused and dedicated once he’s there,” says Corey Bialcik, business representative, North Central States Regional Council of Carpenters Local Union 1146.

In addition to his strong work with customers, Domke also showed an unusual dedication to his co-workers.

“I also was impressed with how Jeff always stayed involved with the younger tradesmen,” says Bialcik. “He’s quite a guy.”

H.J. Martin, a locally owned, family run business, employees more than 600 people, and is currently seeking to expand it workforce. Since its inception in 1931, the company has grown from selling paint and tile out of a garage on Maple Street in Green Bay to a multi-divisional company. H.J. Martin prefers to rely on its own employees to ensure superior workmanship and a consistently high level of customer satisfaction.

In addition to Jeff Domke’s dedication to H.J. Martin and Son, he has also been a longtime member of the North Central States Regional Council of Carpenters Local Union 1146 for more than 31 years.

H.J. Martin is an interior contractor that specializes in residential & commercial flooring, glass & glazing, steel stud & drywall, commercial doors & hardware, millwork, and retail fixture installation.  The company is based out of Green Bay, Wis., and was founded in 1931.