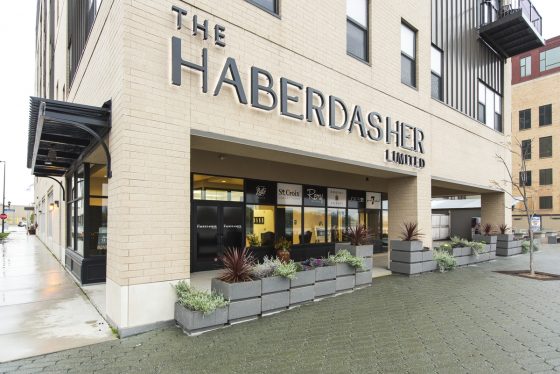 A long-time men’s clothier in Green Bay, Wis., was moving from the southern edge of downtown to a previously unfinished space near the city’s convention center and planned new housing. The owner desired a unique, upscale retail experience, unlike anything else in the community, with the look and feel of a big-city retailer.

H.J. Martin and Son served as the construction manager for the project, touching every aspect, including design, engineering and phasing. The company hired and facilitated all sub-contractors, while utilizing four of its own divisions to self-perform work. The space was a blank canvas of 3,700 square feet which had been empty since the original construction of the building six years earlier.

The Glass & Glazing and Doors & Hardware divisions followed to install the retailer’s storefront windows, front-entrance doors, mirrors and the interior glazing within the tailor shop. The design of the front entrance, along with its canopy and bases, originated with Project Manager Tim LaSure, who had the bases constructed of PVC and painted black.

Because of the downtown location of The Haberdasher Limited, H.J. Martin and Son was faced with several logistical challenges. Among these was a scarcity of available parking and ample pedestrian traffic during the sun-kissed summer months.

The Haberdasher Limited received a Mayor’s Beautification Award from the City of Green Bay in November 2014. It also was a nominee for the 2015 Best Regional Projects of Engineering News-Record for projects under $10 million. 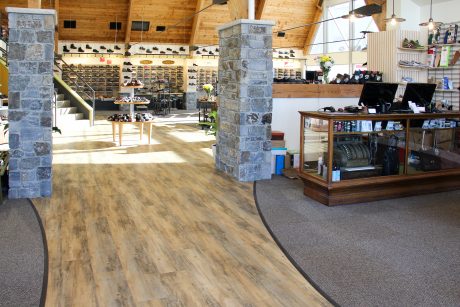 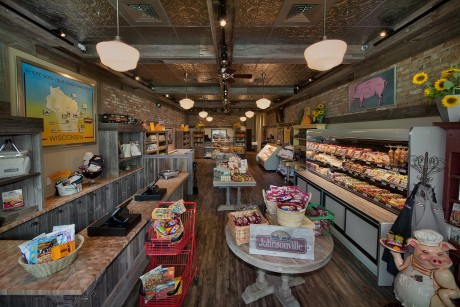