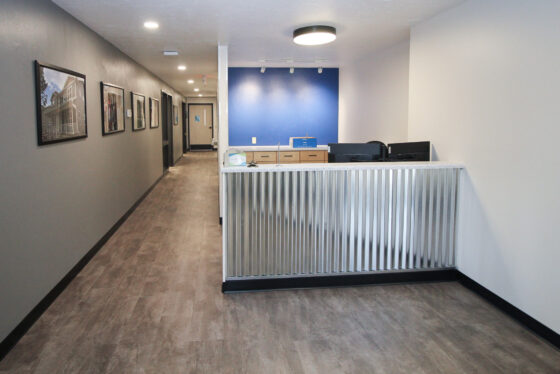 Habitat for Humanity Restore moved into their new location at 1967 Allouez Avenue in December 2019 after looking for a larger, more accessible location for their customers, employees, and donors. They began their “Framing Our Future” campaign in January 2018 to raise money for the new building, earning enough to break ground in the middle of 2019. There were two divisions from H.J. Martin and Son that worked on the project, including flooring and Walls & Ceilings.

The commercial flooring division worked on the project in multiple phases for about six weeks from November 2019 – January 2020 with two installers. Throughout the space, more than 22,000 sq. ft. of carpet was installed in areas including the offices, hallways, break rooms, and the lobby. There was also 2,655 sq. ft. of luxury vinyl tile installed, which was partially donated by H.J. Martin and Son.

The Walls & Ceilings division installed all of the drywall throughout the new building. Their portion of the project was broken up into two phases, with each phase taking about two weeks to complete. There were three installers on the job during each phase working on the interior framing and drywall installation. Throughout the entire interior of the building, more than 8,600 sq. ft. of drywall was installed.

The ceilings of the new buildings were also installed by the walls and ceilings division of H.J. Martin and Son. Their portion of the project was broken up into two phases, with each phase taking about two weeks total to complete over four months. The division had one installer on the project for both phases installing 3,500 sq. ft. of ceiling tile. 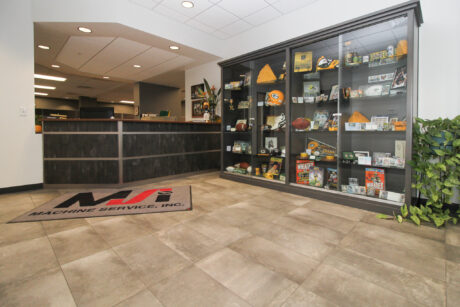 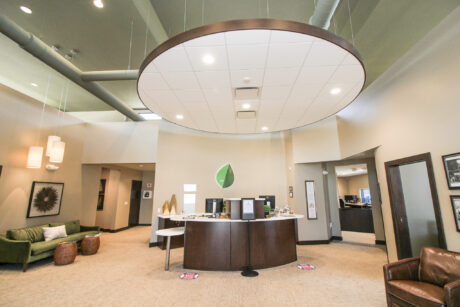