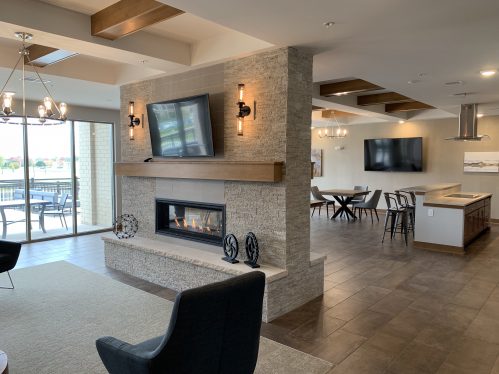 Howard, Wis., is a village of just under 20,000 residents on the western edge of Green Bay. New housing was part of its Village Center plan created in the early 2000s. However, when officials of the expanding community could not find a developer to build apartments to meet its population growth, they made the decision to have the village take on the project itself.

The initial two phases of the $22-million complex opened to residents in September 2018 and December 2018, respectively. The one- and two-bedroom apartments have high-end amenities, along with a fitness area, outdoor patios and a game room.

H.J. Martin and Son played an integral role in getting this project completed on time. When the company crew of 8-12 installers arrived on site in June 2018, it was 2-3 months behind schedule. Working overtime and weekends over the next six months, until November 2018, the H.J. Martin and Son team was able to get the project back on schedule.

A variety of carpet, vinyl and tile products were installed as part of the company’s work. The carpet selections included Philadelphia by Shaw and J+J Corridor.

More than 60,000 square feet of the Parallel™ Collection from Armstrong® luxury vinyl tile (LVT), known for its wood and stone designs to provide a high-end look, were installed. The resident units on the second and third floor additionally had a 2-millimeter rubber sound mat from Centaur Floor Systems under the LVT to decrease the amount of noise transferred between the units and floors.

Herringbone backsplash tile, in 1”x2” size, was installed in the kitchen of each unit. Approximately 2,600 square feet of ceramic tile was installed within the common area of the main lobby. 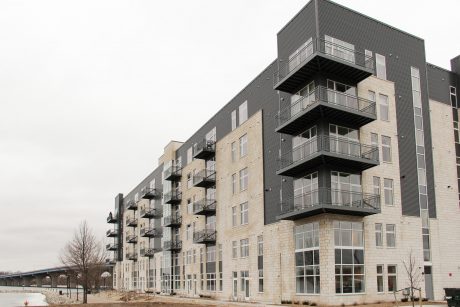 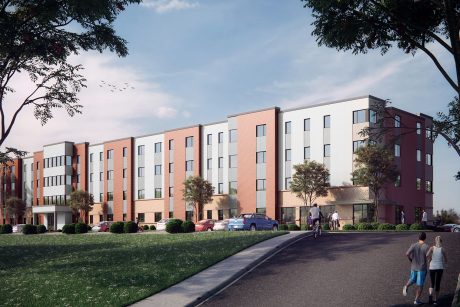