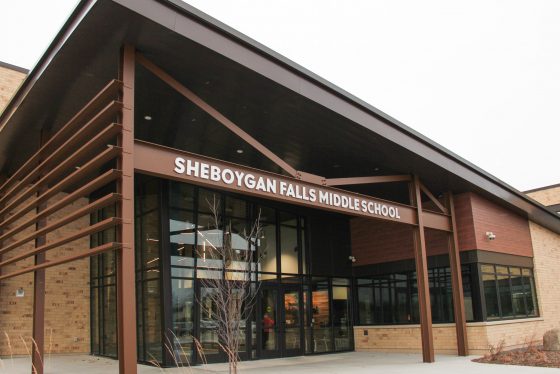 Sheboygan Falls, Wis., is a small town along the western shores of Lake Michigan, 45 miles north of Milwaukee. The community long had desired to replace its aging middle school, which opened in 1928. Following the passage of a $30.9-million referendum by voters late in 2016, ground was broken in June 2017 on a new, 128,000-square-foot educational building, with a capacity of 550 students in grades 5-8.

The design focused on the concept of a “Learning River,” winding its way through the school, to mirror the town’s naming from the nearby falls on the Sheboygan River. The interior circulation pattern is reflective of a winding river, with the carpeting in the corridors blending together to create this motif, along with forming “neighborhoods” for each grade level.

Volatile Organic Components were reduced during installation of the Teles product through the application of a self-stick adhesive backing, making the materials friendly to the environment.

Long material lead times, along with the need to work collaboratively with other trades in the same areas, were successfully overcome, allowing the 14-month project to be completed in time for the start of the school year in August 2018. 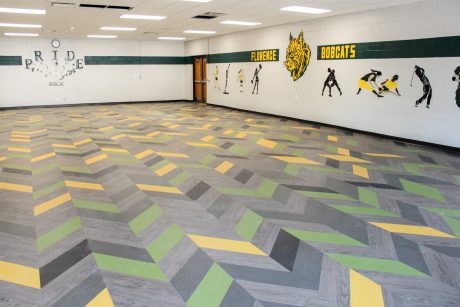 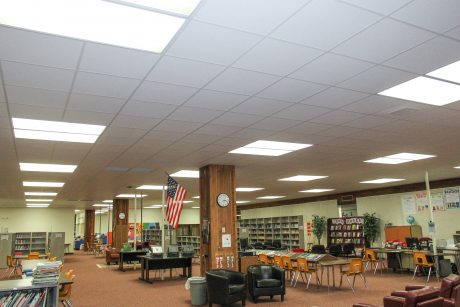