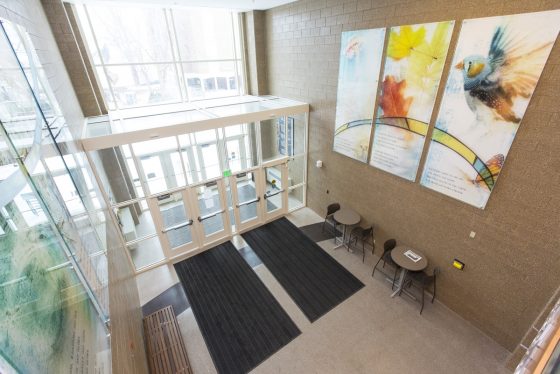 The Gehl-Mulva Science Center at St. Norbert College in De Pere, Wis., is a state-of-the-art facility constructed from 2013 until early in 2015. The new structure replaced a building that was nearly 50-years old, Minahan Science Hall, to serve St. Norbert students as well as those from the new Green Bay campus of the Medical College of Wisconsin, which admitted its first students in July 2015.

Using a crew that ranged from 4-6 company personnel, Walls & Ceilings handled metal-stud framing, drywall and sound insulation. Its scope covered both the new structure and the renovation of the existing space.

Walls & Ceilings successfully met the challenges of phased work that took place while students were in-between buildings, along with winter conditions, over a 16-month period.

The Commercial Flooring division touched virtually every area within the new science center.

More than 600 cartons – 26,400 square feet – of Mannington Progressions 24×24 vinyl composition tile (VCT) was installed throughout the classrooms and corridors. Twelve different colors of VCT were utilized.

Almost 30,000 square feet of Daltile tile was installed within the restrooms, including Santino on the floors and Invoke wall tile. Crossville Ebb and Flow mosaic tile was used behind the sinks to provide a high-end look. Daltile Metal Fusion tile was utilized in vestibule areas. 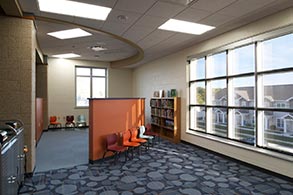 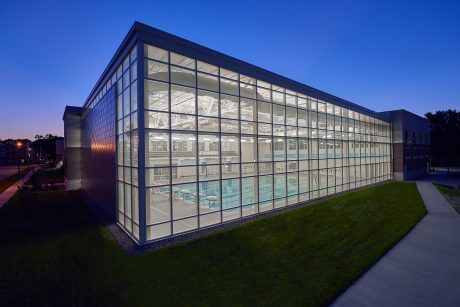