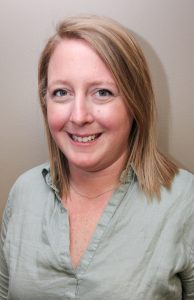 Green Bay, Wis. – Kelsey Betcher, a De Pere native with measurable experience in project management, has joined H.J. Martin and Son as a Project Coordinator in residential flooring. In that position, she will handle job activations, project quotes and contracts, and product submittals.

Betcher most recently spent seven-and-a-half years with Pitney Bowes in Neenah, Wis., including the last three as a Project Coordinator. In that role, she managed IT discrepancies for four teams across North America, along with resolving system issues in conjunction with IT teams and directors.

Initially Betcher worked for Pitney Bowes as a Client Service Specialist, starting in August 2011. She subsequently was promoted to Billing Account Manager and Team Lead prior to assuming a project-management role in April 2016.