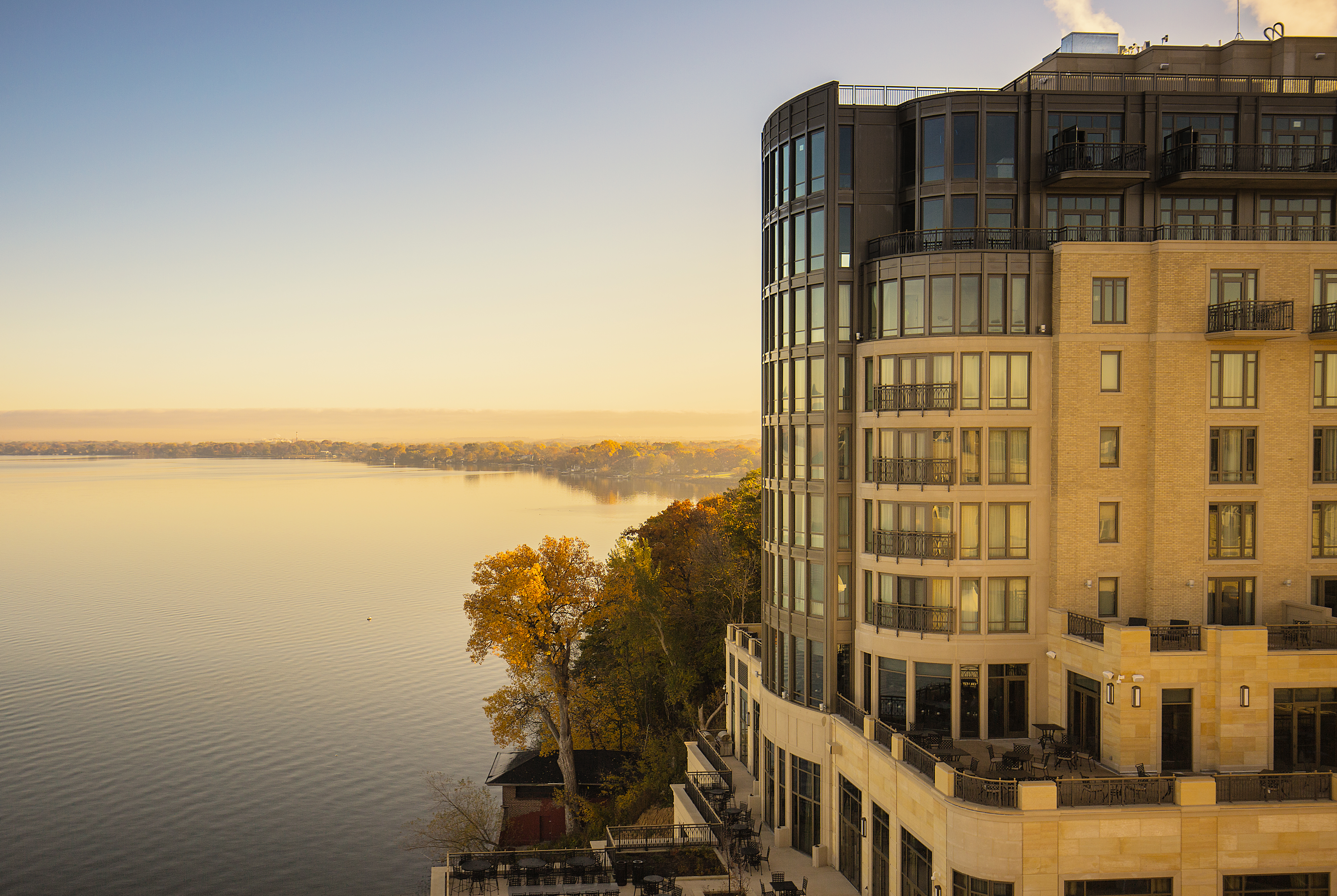 The Edgewater Hotel is an AAA Four Diamond property along the shores of Lake Mendota, one of Wisconsin’s largest inland lakes. Located in Madison, Wis., the 202-room property sits just blocks from the state capital and the state’s flagship university.

First opened in 1948 and added onto in the 1970s, The Edgewater undertook a $100-million renovation in November 2012. The project included gutting the original 11-story structure, removing portions of the ‘70s addition and construction of a new, 15-story tower, the Wisconsin Building.

Featuring high-end accommodations and event space, the owner’s goal was to offer panoramic views of Lake Mendota to hotel guests and visitors. Floor-to-ceiling windows were incorporated into the Edgewater’s design wherever possible.

With multiple buildings under construction at the same time, H.J. Martin and Son crews navigated a very limited job site space along Lake Mendota in Madison to meet an aggressive schedule. With the lake to the north and existing, operational buildings to the east and west, there was only a single point of entry to the job site.

All deliveries of materials therefore had to be well coordinated and timed. With a downhill slope from the street to work areas, winter elements of snow and mud added to the challenge.

The Edgewater project showcased every product line utilized by the Glass & Glazing division of H.J. Martin and Son, an unusual occurrence. Several of the products were ones more difficult to procure, with extended lead times.

As part of the complete renovation of the 1948 building, all existing windows were torn out by another contractor. H.J. Martin and Son personnel followed behind to install approximately 200 new, manufactured, double-hung windows.

Around the main entrance of the 1948 structure, specialty curved frames and glass were installed on the building’s exterior.

Within the new, 15-story tower, there was lower-level retail space, the lobby, ballroom areas, hotel rooms on floors 8-12, condominiums on floors 13-14 and hospitality space on the 15th floor.

Near the main check-in area and rotunda, there was a three-level spiral staircase, extending from floors 5-7. H.J. Martin and Son personnel expertly installed geometrical antique mirrors on the ceiling overhead.

Company installers also put antique mirrors in place throughout the main rotunda and in the elevator lobbies of floors 5-7. With recessed lights being utilized in the new tower, H.J. Martin and Son personnel successfully met the challenge of cutting all mirrors on site as they cut around light fixtures.

In the living spaces of floors 8-14, high-performance terrace doors were installed by H.J. Martin and Son. These are designed to provide superior air and wind performance, particularly on upper floors with high wind loads.

Decorative glazing was installed in the hospitality areas of the 7th floor to provide isolation in private dining areas.

The Glass & Glazing division of H.J. Martin and Son was on the Edgewater job site for a 15-month period, extending from August 2013 to October 2014. Ten to 12 company personnel were utilized on a consistent basis, with crew size expanding to 20 at the project’s busiest times. 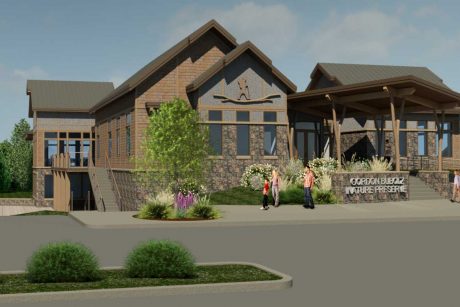 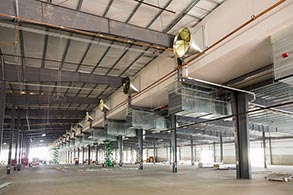